I’m not talking to myself – really!

Recently, I hosted a Facebook page takeover for Reality Bites Magazine. A little nerve-racking since I’ve never done anything like that before and because it’s an Australian publication. I was pretty sure no-one would be up when I was!

But sometimes the best way to learn something is to just muddle through. And fortunately, like any good writer, I always have someone to talk to! Here’s what my main leprechaun, Fergus, has to say –

Good morning, everybody! I’m Kathy Bryson and I’m taking over this page until 2 pm Texas time. I’m very nervous, I’ve never done this before, but I’m trying to be quiet about it as I understand it’s 3 am in Australia. Shhh! Nobody wake Kate!

Okay, I think I know where I am now. My apologies if I’m screwing this up. I just really wanted to tell everyone the truth about leprechauns! They look cute, they act funny, but in reality, they’re fooling you! They’re not who they say are and ultimately they’re after the money!

Okay, quick while she’s off tweeting, nobody pay attention to this woman. She’s completely daft, hallucinating wee folk, must be somethin’ in her tea!

Oh no you don’t, Fergus. You see what I put up with these leprechauns? Telling lies, pulling tricks, anything to divert suspicion. And get out of my chair. You’re worse than the cats. I have photographic proof that leprechauns are grown men, blending perfectly in with everyone else!

Ach, anyone can photoshop a picture. It’s complete shite. Here’s what a real leprechaun looks like!

That’s a movie, Fergus. And a brilliant one, starring the incomparable Warwick Davis! So for our 1st participation question, what is your favorite holiday horror flick?

Hmm, crickets. Well I was afraid of that when I realized it was 3 am in Australia. But no matter, I’m perfectly capable of talking to myself (and no comments from you, Fergus!). I had to take this opportunity to warn the world, Australia included, about leprechauns.

See, I also thought leprechaun were wee, green men until I read that leprechauns came from the ancient Irish ‘luch-chromain’ meaning the ‘sons of Lugh.’ Lugh was the Celtic god of war, so leprechauns were originally soldiers, ground pounders, and not so wee.

*Snort!* That’s what she says. You should see her browser history! Full of pictures by Michael Stokes! Tis a lie! Leprechauns were cobblers, making shoes for the fairy folk!

Ehnt – no! The cobble myth simple enforces my interpretation. Armies travel on their feet. Before mechanization, good shoes were critical. Remember the ancient Irish legend start way back – about five thousand years ago. (and there’s nothing wrong with Michael Stokes – he’s an artist!)

So, you’re saying that leprechauns, myself in fact, are not little, green men, but a fine bob, again like myself, and that no, you’re not talking to yourself, just having a bit of a craic on the net, then?

Okay, yeah, I can see where this might seem a bit off, but there are a lot of writers who pull from ancient mythologies. All you other writers, what do you base your alternate worlds on? 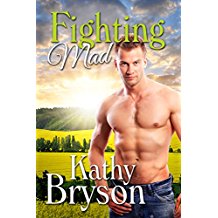 So while we’re waiting for dawn down under, let me take a moment to introduce myself further. I’ve published 2 series – one on leprechauns and one on zombies. You can read more about both at https://atomic-temporary-17781559.wpcomstaging.com. I’m a recent transplant to Texas from Florida. Florida has been called the Weirdest state, but Text is a whole new learning experience as well! Which is okay cause I’m into learning. In real life, I’m an English instructor at a local college.

So what you ask led me from the traditional English cannon to leprechauns? Well I’ll tell you! I read a really funny scene in Kathy Love’s Young Brothers series about a vampire working in a bar who got his butt pinched. I laughed, but I also thought that doesn’t work. Vampires are supercilious. If you really want to catch someone, pinch a leprechaun. They have money!

No, Fergus! I said I researched it. I went back and read all I could on the Tuatha Dé Danann, the original Irish mythology told in 4 cycles. Complex stuff, but that’s where I came across the true explanation of leprechauns.

Pfft! And why would we be spending time and energy to tell such a tale? And if we had, how come no one else has discovered this great secret in five thousand years? Hmm?

Fergus, I’m about to out your biggest secret. You lied to protect the gold. If it’s not real, no one will look for it. At the end, when the Tuatha Dé Danann lost to the Milesians and retreated underground, you and your clan took responsibility for protecting their fortune. It’s true, Fergus. You’re actually an honorable warrior even if you act like an ass!

Ah, you’re completely bonkers. If I’m doing anything, I’m doing for the beer. Besides everyone knows fairies are just wee things.

Ah, but you see, that’s where Bill comes in.

God, you’re not gonna go on about Shakespeare again, are ye?

Whoo-hoo! I’m on the page itself now, not in the guest posts. Probably just in time too – I was about to start explain Yeats and the Irish revival. Let’s just say he did a lot to set up the idea of leprechauns as they’re seen today, instead of the original warriors they were in the original mythology.

Okay for those of you who are wondering what I’m doing, I’m Kathy Bryson and I’m the scheduled take over for today. I’m here to tell you the truth about leprechauns, preferably without the Yeats discourse. I was talking earlier with my main character, Fergus, but he tends to argue and bring out my academic side! 😉

Okay, so let’s get to some fun stuff! I could go on and on about the great deception leprechauns are perpetuating but no one ever believes me until it hits their bank account! So instead, let’s give away some books. a Free e-book copy of my 1st leprechaun romance to anyone who can tell me drove the snakes out of Ireland? time limit of 20 minutes – go!

So while we’re waiting to hear about the snakes, I’ll fill you in on the leprechauns. See everyone thinks they’re little green men, but the truth is the name comes from the ancient Irish ‘luch-chromain’ meaning the ‘sons of Lugh.’ Lugh was the Celtic god of war, so leprechauns were originally soldiers, ground pounders, and not so wee.

Why would leprechauns object to being outed as solders? One, because they’ve been practicing ornery for epochs, and two, because the bit about the gold is real! They don’t want to share!

Now, I wouldn’t do anything so crass as to hit them up for money..
(Yes, she would)
Don’t interrupt, Fergus. I just believe that open and honest communication…
(She’s completely daft. Don’t listen to her.)
Stop it. I’m not daft, just trying to explain the origins of the upcoming holiday…
(You’ve better things to do with your time. Like a bite ‘o lunch – with a pint!)
Will you stop that?!

Does anyone else have these issues with their characters?