Enough is as good as a feast!

This weekend has been the first in 2 months where I’ve not huddled up in bed with the cats reading. East Texas has had record-breaking temperatures this winter  and I live in a 2-story house with tile on the bottom floor. The only warm spot is upstairs!

But this weekend, I spent the weekend reading on the couch. What? You thought reading was the bad part? No, reading is how I’ve dealt with a cross-county move, new job, and death of a loved one this past year. There are benefits to binge reading other than escapism. You can see what’s happening in the market, get inspiration for your next book, all by enjoying others’ works. 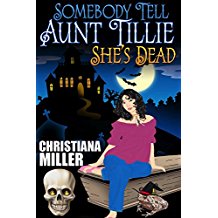 Christina Miller’s Toad Witch series – What I particularly like about the series is the flawed characters. Mara is an unemployed witch who accidentally kills her aunt and gets knocked up by a demon, her aunt is a vengeful poltergeist who doesn’t want to share her house, and her trusty sidekick is an irresponsible, power-mad showboat.  Together, demons are the least of what they scare up in a rollicking tale.

Angie Fox has 2 series, both worthy of gorging on. What makes both these series stand out are the rich worlds created for the heroine. The Southern Ghost Hunter features the psychic encounters of Verity who lives in a small southern town noted for having an unexploded cannon ball in the library and populated by gossips and an almost mother-in-law who exercises the kind of viciousness only a true Southern belle can achieve. Besides a wealth of supernatural creatures of folklore and myth, the Biker Witch series chronicles the adventures of an Accidental Demon Slayer, the loving support of her grandother’s geriatric, Wiccan motorcycle gang, potions cooked up from roadkill, and a talking, hyperactive Jack Russell. 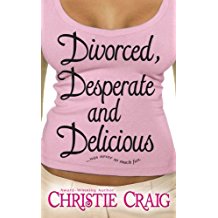 Christie Graig wrote the Divorced and Desperate series, traditional romances that take a comic turn when the members of the Divorced, Desperate and Delicious club meet the local police department though a slapstick ride of accidental kidnapping, eccentric relatives, attempted murder, and gangsters. Then the police form the No Ball and Chain Gang and the tables turn.

When it comes to science fiction, E.M. Foner writes absurdist adventures of human discovery in space that are as funny as they are satire. The EarthCent Ambassardor series takes on first contact and by exaggerated contrast, every human foible from commerce to technology. I’ve also recently stumbled across Barry J. Hutchinson’s Space Team and am looking forward to those as well, based on a bumbling con man’s attemp to survive after accidentally causing the destruction of Earth.

Another series I didn’t expect to enjoy but found compelling was Bob Meyer’s Green Beret series, not just shoot-em-ups, but detailed, complex real-world military operations pulled from the headlines and brought down to the personal level.

As a consumer, I admit I got the 1st books for free or heavily discounted. Tastes are very personal, of course, but if the story’s well-written and unusual, I’ll pay to continue the series. Obviously I like humor, but if it’s free, I’ll read outside of my comfort zone and I may become a convert. When I’m binging, I’ll download the ebooks, but if I’m just following a series, I prefer the paperback. A few people I’ve stopped following because I could no longer get the paperback – a whole other story for another time!

As a writer, it’s nice to see that the free or discount 1st book model works. And that if you persevere through enough stories, someone may come along and buy all of them.

So, if you’re interested in the true story of leprechauns, select books of my fantasy series are on sale soon. Treat yourself to a little escapism this St. Patrick’s Day! 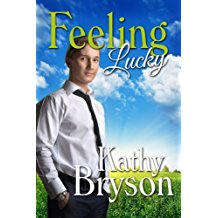