Overcoming Life to Live a Dream

One of the great pleasures in writing and publishing is meeting other writers, kindred spirits all. Here today to talk about why she writes is Paulina Woods, blogger, book reviewer, and published author! 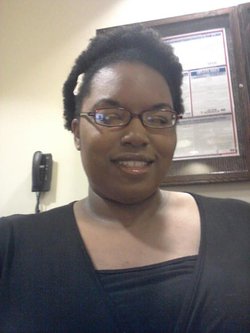 Stomping my foot, I glared at the officer until a friend cleared up the misunderstanding. This was the end of my kindergarten school year, and my school bus had just been in an accident. It took five minutes for the officer to get my name, and by that time, I was ready to scream. I went home and told my mom what had happened, and two days later, I was enrolled in speech therapy.

I am pretty sure that officer doesn’t remember that day, but to me, it’s a constant reminder of the obstacles I’ve had to overcome in my life. Born with a speech and learning disability, I never had it easy in school. Kids made fun of my speech, teachers tried to have my mom put me in special classes, and I developed a HUGE anger problem. Instead of my mom listening to anyone, she started to read to me every night, and by the age of eight, I was reading on a six-grade level. Math still kicked my butt, but I did learn how to speak slower, and life became a little easier.

My mom also bought me my first diary when I was ten and told me to start writing down everything. I can remember sitting for hours either reading or writing and being so lost in the worlds, I forgot things around me. I still have the notebooks, and they make me laugh to see the ramblings of an eight year old. The things I came up with!

As time went on, I started to make friends outside my family, but I still struggled in school and found happiness in books. I read anything I could get my hands on, and by the time I was in six-grade, I was already reading Tom Clancy. I can remember Ms. Dean, my six-grade teacher, taking the book away and telling me to get something I could understand. I was pissed; I was at a really great part of The Hunt for the Red October. The next day I brought in Rainbow Six, and she learned to leave me alone.

Fast forward a few years and I am ready to graduate high school. My counselor sits me down and asks what I want to do. Being honest, I tell her I want to write. I have all these characters dancing around, and I have so many books started. I can still remember the worse advice I have ever gotten.

“Paulina, being an author will not pay your bills. That’s a hobby, not a career. What else do you like?”

Believing she knew best, I went to school to be a veterinarian and, two years later, had to drop out and rethink everything. Remember, I said math was hard for me, and science is just more math. No longer wanting to listen to counselors, I decided to go to school for something I loved, and in 2003, I enrolled in a community college and majored in journalism. In 2008, I did the impossible and graduated from Cal State Fullerton with a B.A. in Communications. I was ready to start writing as a journalist, but to me, it was a step in the right direction. 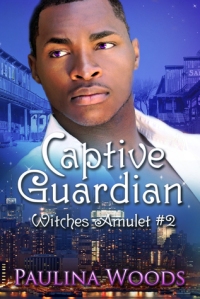 Like all great things, life happened. My younger brother had a break and I became his guardian, my mom was in a horrible accident and I became her caregiver, my younger sister needed moral support and I became her cheerleader. I became the glue that held my family together, and everything else became a distant memory. I lost a boyfriend, some friends, my dreams, and the worse of all, I lost my passion to read. I thought all was lost until early 2013 when my older brother called me and asked a simple question, are you happy? I took a hard look at my life, and decided I was just getting from point A to point B.

“Lina.” That’s my older brother’s nickname for me. “Lina, you need to do something to make yourself happy. Why don’t you start a blog and talk about all the books you read? People will listen.”

A week later, Dark Side of Romance was born, and my passion came roaring back. I started to meet authors in the indie world, and they welcomed me with open arms. When I decided to sit down and pen my own book, they cheered for me. When I hit publish, they crossed their fingers with me. Now as I come up on the release of my second book. I dare anyone to ask me if I am happy. I would shout YES from the top of the highest mountain!

I want to encourage parents to let your kids follow their dreams, even if they dream of becoming the first person to live under the sea. Teachers, never shoot down a student’s ambition even if they just want to be a bum. The world is full of people who are just getting by and moving from birth to death without happiness because someone in their life told them they couldn’t. Don’t be one of them.

Good advice, Paulina! Thank you for sharing it and your story with us. For more on Paulina, see:

One comment on “Overcoming Life to Live a Dream”