Living In The Underground 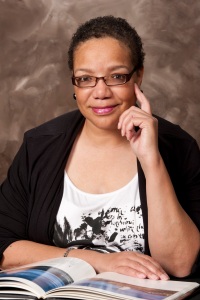 I love that last bit! And I also love the way Roxanne describes what’s sometimes loosely know as magical realism or fabulism – when a realistic world view includes magical elements. Read on for how that approach helped shape her book, The Underground.

“This is the weirdest book I’ve ever read.”

That’s what a reviewer said about my paranormal urban fantasy/romance/science fiction hybrid The Underground. What a fabulous compliment! I wasn’t going for weird when I wrote the story but that’s the way my mind works so I’m happy to know my weirdness shone through. Still, I wonder what it was about the novel she found strange. Could it be The Underground is the story of an alpha werewolf and an interstellar assassin who fall for each other? Hm…maybe it was the sex. It’s not every day one snags a ringside seat at the Bedroom Olympics where one of the partners is an eight-foot wolf.

I’ve been asked several times about The Underground’s world and what went into building it. Well, it’s like this. Long before the story took shape in my head, I asked a simple question: What would it take for a werewolf to survive in the real world?

I thought through various rural and urban scenarios, the problems they present and how a werewolf might successfully overcome them. While thinking through a complication, it struck me that a werewolf trying to lead as normal a life as possible in his world wouldn’t be that much different from anyone trying to lead a life in our world where they are marginalized and hunted by those in power. People die every day because of skin color, sexual orientation and identity, belief systems, and whatever else the human tribes, being the xenophobic and murderous lot they are, find unacceptable. To live, a werewolf would have to spin a web of lies and keeping track of them all would be a Herculean task. A werewolf would have to live in a state of constant hyperawareness, knowing every person who crosses his path is a potential enemy. Surviving the human horde would be like walking a tightrope a hundred feet above the ground without a safety net. In many ways, a werwolf’s life wouldn’t be too different from his real-world counterparts—those who can’t escape the closet, who can’t break out of the egg, or who can’t bear living their lives as second-class citizens. In other words, I didn’t create a world for The Underground—it’s OUR world. 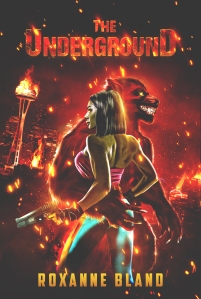 That’s not quite the end of it, though. I was in the middle of an explanation about The Underground to a friend when she interrupted me and said, “so why the space alien?” While working through the obstacles that might confront a werewolf, I began thinking about how someone from another planet might be treated by society’s outcasts if discovered. All things being equal, would they embrace her otherness, recognize her as kindred and hide her amongst themselves? Or, like humans, would they reject her, see her as a threat and betray her presence to the larger world? I had no answer. But the question intrigued me so I decided to explore it.

So, it seems that the trials faced by werewolves and other paranormals trying to survive in a world where exposure means certain death aren’t much different from those faced by any other persecuted people in the real world. Which led me to yet another question. What would happen in The Underground’s world—or in this one—if the downtrodden reached the breaking point and decided they wouldn’t take their lot anymore? History tells us the answer. Oppress people long enough and hard enough, they will eventually rise up. And the results won’t be pretty.

But that isn’t the end of it, either. The oppression of outcasts by a murderous majority is only The Underground’s backdrop. If humans outnumber paranormals by orders of magnitude, the question is how to increase the paranormals’ chances of survival. Thinking on it, I figured they’d be more successful if they belonged to various groups—a werewolf pack, for instance—based on their paranormal traits. Your own kind understands you and can provide the companionship and support you need. In short, someone always has your back.

In The Underground, there aren’t just werewolves. There are other shapeshifter races, witches, elves, and vampires. Would the different races of paranormals get along with one another? One would think that if they’re all in the same boat, they would be willing to row together. Not necessarily so. I’m a person of color and by and large, we live at a lower social and economic status established by the racial/economic majority. Those of us who attempt to move up are often faced with barriers, some insurmountable. One would think people of color would work together for the betterment of all but they often don’t. The commonalities are acknowledged, yet we choose to focus on our differences and worse, often judge each other by the same criteria those in power use to judge all people of color. I couldn’t see why paranormals should be any different. After all, they’re subject to and shaped by the same societal forces that shape humans.

But paranormals are not human, and this is where The Underground ventures into dark territory. Paranormals outclass humans physically and their preternatural powers put them over the top. And being endowed with preternatural power presents complications of its own. Why would a werewolf fear a vampire? Witches have strong magick, why would they fear a wererat? Elves wield glamour, the power to cloud minds so that illusion and reality are indistinguishable. Why would they fear anyone? Also, a universal paranormal trait is quick healing. An injury that would disable or kill a human would have little or no effect on a paranormal. Paranormals aren’t any more prone to violent behavior than humans but because they are not afraid of violence, it may seem they resort to it more often. Though different paranormal groups might have internal controls that keep them functioning as a unit, outside of that, there’s nothing. So how to keep the various paranormal groups from constantly fighting one another and risk drawing the attention of humans

Enter the strongman, a paranormal with preternatural powers so great they make him near-invincible and endow him with the might to impose and enforce a truce between the paranormal factions. The Underground’s strongman is a vampire whose extraordinary powers were acquired as described in the book. He controls paranormals through intimidation, such as the constant threat of sudden, indiscriminate torture and death. For him, sex is also a tool for domination—and yes, that includes rape. Other powers he uses is his ability to read and control minds. Because they are constantly kept off-balance, never knowing if they will be punished for a perceived infraction, the paranormals fear him and that is what keeps them in line. It’s brutal, true. But if there isn’t much that will faze a paranormal, it isn’t a stretch to conclude that peace between them can be kept only through extreme measures.

The Underground is a difficult read, deliberately so, and is not for everyone. It’s dark because it seems to me that if paranormals did exist, there would be nothing sugarcoated about their lives. They’d do what they must to survive, which means at times, morals have to be damned—just like in our world.

If you’d like to join me on my writing journey, please subscribe to my newsletter. You can do so on my website (click on the link below). By subscribing, you’ll be the first to hear about my new releases, get sneak peeks at works in progress, and more. Most of all, subscribing entitles you a FREE copy of my novella The Final VictimT(coming February 2020), a story set in The Underground’s world and available only from me. So come over to my website and subscribe—I look forward to sharing my travels with you!

This entry was posted on October 13, 2019 by kathybryson in Guest Authors and tagged book inspiration, fantasy, fantasy in the real world, magical realism, marginalized, oppression of outcasts by a murderous majority, persecuted people in real world, rebellion, shapeshifter, strongman rule, what inspired The Underground.