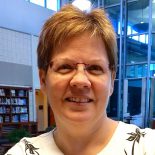 Newspapers today get accused of everything from telling lies to invasion of privacy, and some may well do that. But they also serve a vital function, informing the community and providing a record. Thanks today to Sandy Grace for for sharing what she discovered about the role of newspapers working with students conducting research.

Three years ago I took over the task of completing connections and filling in gaps in our family tree. My father has always been the family genealogist, but with his age and failing eyesight, I jumped in. I expected to use online tools and sites like Ancestry and My Heritage, but I quickly learned to rely on old hometown newspapers, starting with the late 1800s. 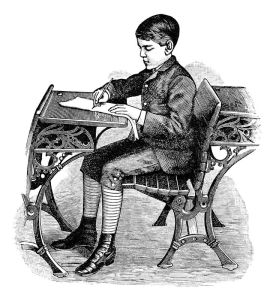 What did these old newspapers give to me for my genealogical research? Much more than I had thought possible, for I was given a grandfather I had never known as a child. A grandfather whose life I was now able to cobble together from his schoolboy years through his death at age 52. Unexpectedly, I grew to love him as I learned about the boy and man that he was.

It began when I found his name in a 1900 school announcement about student attendance records. Names of my grandfather, his sister, and a few other children who missed no days for the month were written out for the town to see. These notices were common throughout the school year.

In 1918, there was a notice when he left for Camp Forrest, Georgia, to begin soldiering in World War I. After I sent my father the copy, I learned my grandfather volunteered to serve in WWI, in part because he felt as a single man without children, he should volunteer to help keep a young father home with his family instead of having to go to fight in the war.

Upon his return from France, in 1919, Grandfather’s wedding announcement to my grandmother was in the Society page. Town notes in the 1920s mentioned him visiting various friends and family members and included a notice of a visit to Pittsburgh with his cousin. By looking at the date of the article, I could tell this was a trip to Pittsburgh to see my grandmother, who was in the hospital after the very premature birth of my father. Additional hospital visits by my grandfather were when my grandmother had a miscarriage, when she had surgery to remove her gallbladder, and when she was ill before being diagnosed with diabetes.

As a rural route mail carrier, Grandfather informed the newspaper about various day-to-day sightings and events. There were many announcements about which roads he reported to be avoided due to snow drifts, ice, flooding, deep mud paths, or even fallen trees. Other briefs covered the wildlife seen on his route earlier that day. Who knew that folks would be interested in how he found a large black snake or that he and another carrier took a few vacation days to hunt deer (with later reports about where they went and if they had a successful hunt)?

A 1932 realty transfer notice showed where Grandfather purchased land in Slippery Rock for $113.50. This was the land on which he built a small cabin along the creek. From cutting and hammering the wood frame to the hauling and cutting stones to make stair steps down to the river, this cabin was a labor of love, built in his free time.

Once completed, Grandfather often invited his American Legion Post to the cabin for meetings and family picnics, again documented in the newspaper. Last summer my siblings and I took Dad to the site of the old cabin as we wanted to see exactly where it stood. The original cabin was clad with new log siding but the doorways and windows were in the same spot. Large trees still provided shade, and flowering bushes had grown and thrived with little disturbance. The hand-cut stone steps were still in place as was an old chain, partially embedded in a tree trunk, where Grandfather tied up his small fishing boat. The creek was an inviting space for swimming and fishing. I could see why this was a great camp for weekend getaways.

All too soon these fun and informative news stories stopped. Starting in 1940 were a series of mentions that Grandfather was on the sick list or that he reported for duties following an illness. In the spring of 1944, the briefs began to document his failing health. They relayed the news of his hospitalization in Pittsburgh for treatment, visits by friends and family. An announcement in the paper marked when he was moved to the Veteran’s hospital in Bronx, New York.

On August 31, 1944, a brief mention noted my aunt had spent a month at Grandfather’s home and was now returning to her own home. My guess is she was helping to watch my dad while Grandfather was in the New York hospital and Grandmother was with him during his stay. That same August, the realty notice showed my grandmother selling the cabin on Slippery Rock Creek (to help pay bills).

A September brief indicated Grandfather was still in the Bronx hospital. Later that fall, he was sent home and died in December. He was just 52. I cried when his death was announced and again when reading his obituary. Through reading these old newspapers, I was given a new, mental picture of my grandfather from school days onward. I developed an emotional attachment I’d not had before. What an unexpected gift, getting to know my grandfather through all of these newspaper articles and briefs, developing an emotional connection by following a man from his youth to death through the eyes of his friends and the community! That was my greatest find in the history contained within the old hometown newspaper.