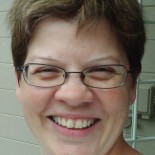 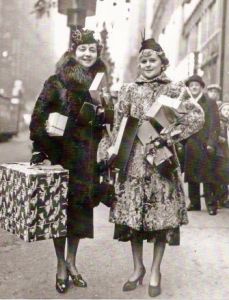 When I was in business school, way back in the 80s, I was told the way to test a store’s layout was to give a stranger a dollar. If he or she could go in and buy a carton of milk, then the store was laid out clearly.

This was back in the good ole days when we spent time trying to figure out customer behavior instead of training them to use a system. Life has changed since then. Nowadays, you type your problem into Google to try to cut through an organization’s help pages to figure out how to use their order system or contact Customer Service.

This has led to great efficiencies in sales and order processing, I’m sure, but at the risk of sounding an old woman (I know – too late!), there are some gaping issues here. The worst I ever encountered was being charged 3 times by a big box store trying to go online for a TV I returned after the initial purchase. No, I take that back. The worst was the last time I moved when the moving company hit my credit card for an additional bill that was twice the initial charge 4 months after my move with no notice. They were doing the year-end reconciliation – oops!

This last move was not an improvement. I very carefully called all my service providers, let them know my new address, and paid the month’s bill. Now I’m getting final bills at two addresses, including the monthly mortgage for the house that just sold. So I made the attempt to repeat all those earlier customer service calls. Only now I’m calling on accounts that have been closed, so at least in the case of the bank, I can’t even get through the phone tree. It’s “not a valid account number” even though the bank is still issuing that bill. 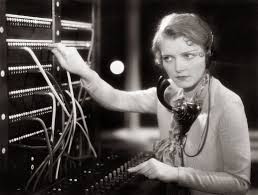 Okay, I get that there’s a lag time in paperwork. And worst case scenario, I just don’t pay the bill until collections gives me the correct final amount. But am I alone in thinking that we’ve automated to the point of ridiculous?

I’m not just being an old woman here. An amazing number of businesses have automated to the point of almost no physical presence at all. Mortgages are done online or by phone. The phone, electric, and rent were also all arranged online. I had to turn on the water in person at the county office, which seemed outdated, but it’s a college town. They need to stay on top of turn over. It was old-fashioned in that people actually stopped to chat!

That chat factor alone is a good reason for companies to reconsider automation. Yes, you get the mumblers, the crankies, and the lost-the-will-to-live, but a good customer service clerk who can solve a problem leaves such a good impression! Yea, problem solved! You might even stop thinking of that corporation as a soulless, mindless gobbling monster.

This is not just me being an old lady. When dealing with a company is a bigger hassle than any pleasure received, you stop shopping. It’s the primary reason I cut the cable and rejected Amazon Prime. Also it’s a drag on the economy.

Automating is not the answer. You can’t make up in efficiency what you lose in sales and losing good customer service will kill many businesses outright. Or if not that outright, at least lose this old woman’s business!

This entry was posted on January 9, 2017 by kathybryson in Everything Else and tagged automation, lag in account processing, paying off mortgage, personalized service, phone trees, reaching customer service, signing up for utilties, talking to customer service.