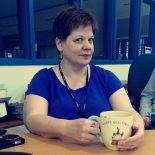 A Guy Who Writes Women’s Fiction 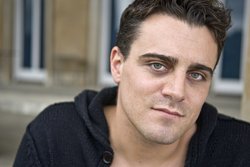 Over the summer, I read Coco Pinchard’s Big Fat Tipsy Wedding and loved it so much, I asked Robert Byndza if he’d share his insights here. What struck me particularly about the story is how well he captured not a woman’s point of view, but a middle-aged woman as well. That’s a rarity in romance, if not real life! Here’s Robert on how he came to write this hysterically funny series –

Hi, my name’s Robert Bryndza, and I’m a guy who writes women’s fiction. People often ask me why I choose to write women’s fiction, and the truth is that I never set out to write in this genre, or should I say I never thought of genre when I was writing my first book. I just wanted to write a great story. I think you should always write your story and then decide in which genre it fits. 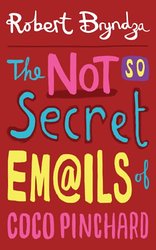 Back in 2007, when the first iPhones were released, I was on a train to work one morning, when I noticed just how many people were chatting and sending emails. I wondered what they were saying, who they were talking to. This led to an idea about a woman whose marriage is on the rocks, and she starts to use her iPhone as a confessional. This idea became The Not So Secret Emails Of Coco Pinchard, which I self-published as an eBook through Amazon’s Kindle Direct Publishing. There were no discussions with a publishing house about marketing, or genre; my designer came up with a great cover which was predominantly pink, but it wasn’t a deliberate choice. 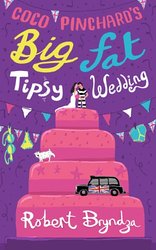 I pressed ‘publish’ and then started to write another novel called Lost In Crazytown, a very dark satire about a young guy who moves to Hollywood to follow his dreams. I self published this too, and I was about to start work on a thriller when The Not So Secret Emails Of Coco Pinchard started to rise up the charts on Amazon. Messages started coming through from readers asking for more, so I put the thriller on the back burner (where it still is, bubbling away) and started work on Coco Pinchard’s Big Fat Tipsy Wedding. A week after I pressed publish on the second Coco Pinchard book, both books hit the top 100 on Amazon UK. Since then, the popularity of the books have helped me sign with a great literary agent, and I’ve written two more installments, A Very Coco Christmas, and the newly released Coco Pinchard, The Consequences of Love and Sex.

I’m flattered that so many women (and some guys too) have taken the character of Coco Pinchard to their hearts, and that I’m part of a genre which is so popular and full of so many talented writers. 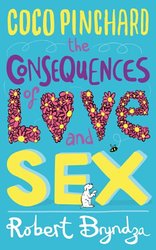 So I often get asked the question, how do you write as a woman? More often, I’m sure, than some crime writers are asked how they write psychopathic killers and murderers!

I think it’s difficult to create any character when you first start with an idea for a book, whether they are male or female. One thing I think I have going for me is that I’m gay. In my experience, I have a unique relationship with my female friends. I think some women feel they have to be a certain way with guys; there is a terrible pressure to look good, conform to a certain way of behaving, etc. Sometimes their female friends can be quite competitive too. I think a friendship between a woman and a gay man can be very honest, and I think that through these friendships, I have learned a lot about how women think.

I still want to write that thriller, but for now I’m so happy to keep giving my readers what they want!