Publishing Across the Pond 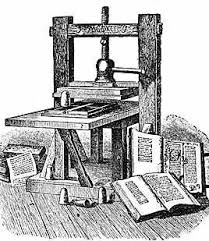 Candidia Martinelli is the mystery novelist and author of An Extra-Virgin Pressing Murder. Written in the country-house style of Agatha Christie, it explores the differences between Italian and American cultures with unexpected consequences!

Welcome! I’m happy you could join us and share the writer’s perspective from Europe. You were born and raised in the US, but you’ve lived throughout Europe for many years. How has this dual perspective shaped your writing?

Hello, and thank you for this chance to chat. Living outside the U.S. for so long, I find I’m out-of-touch with new slang and social trends, not to mention all the fifteen-minute-celebrities who seem to have taken over the world of fame.

If I set a story in the U.S., it couldn’t be a trendy, name-dropping book. Which is fine, because I feel more comfortable with traditional novels, and with traditional mystery novels. There is a niche audience that likes them, too, or Agatha Christie would have gone out of print long ago!

But I set this book in Italy, and peopled it with American, Italian and British characters, so the non-Italian reader could “visit” Italy through the eyes of the characters. Armchair travel, with a mystery thrown in for fun.

You write in English. Is this a common practice or is translated work more valued?

The European markets within each language group are generally small, with the exception of the Spanish and British markets which are huge. So most European writers only make decent money from their books if the books are translated and sold abroad.

Ideally they aim for the English-speaking market, because that includes English-language countries and most everywhere else, since English is a common second language around the world. But even British novels have to be “Americanized” for the U.S. market: spelling, expressions, measurements.

Books translated from English do very well in Europe, too well according to the local writers, who feel squeezed out by the Dan Browns, John Grishams and Nora Roberts.

What is the state of reading in Europe? In the US, it’s bemoaned, particularly around election time, but books still sell and e-readers are growing in popularity. Is reading a visible practice where you live?

Reading as a hobby is going strong. In Spain, for example, books are the gift of choice for Valentine’s Day. Italy has a vast roster of accomplished writers of fiction and non-fiction who sell very well at home and quite well in translation. Scandinavia’s thriller and crime novelists are very popular at home and in translation. And English, Scottish and Irish writers cross the Atlantic seemingly at will.

But like in the U.S., reading is seasonal in Europe. There is the summer boom for light novels, beach-reads as they are called. And the long, dark winters of Northern Europe seem to be behind the high number of readers in Iceland and Scandinavia who like those dark, heavier novels. (I suppose in the U.S. that would be called the “Portland-effect” since there are more readers in the rainy North-West.)

It is a tough market in The Netherlands for all sorts of books, magazines and newspapers. The biggest online seller is Bol.com. It is like Amazon, but for the Dutch market. Romances are sold, however, in the supermarkets on the magazine racks, but those are only books from the big romance novel companies. The bookstores are dying here too, as people switch to e-books and to buying cheaper books on-line.

Iceland, a country of 320,000, holds the record for being the most avid readers in the world. And they love reading books set in their own country and written in their own language. To meet this demand, local publishers have always been open to manuscripts from anyone as long they are written in Icelandic. That is why one in ten people in Iceland have had a book published. (I suspect that when self-publishing in the U.S. reaches its peak, the statistics will be quite similar.)

Here is a bit from Wikipedia on Iceland, the amazing book country: “Icelanders are avid consumers of literature, with the highest number of bookstores per capita in the world. For its size, Iceland imports and translates more international literature than any other nation. Iceland also has the highest per capita publication of books and magazines, and around 10% of the population will publish a book in their lifetimes.”

And Germany’s citizens are just behind Iceland as per capita readers. It is also home to the world’s largest book fair, the Frankfurt Book Fair. Here is a quote from the Chronicle of Higher Education:

“Every year around mid-October, Germany becomes the center of the publishing universe for five days. Some 7,500 exhibitors, 10,000 journalists, and 300,000 visitors from more than 100 countries gather annually at the Frankfurt Book Fair, where bibliophiles, scholars and media junkies have the opportunity to rub elbows not only with industry insiders, but also with perhaps the most enthusiastic book lovers in the world: the German people.

…some two-thirds of the books that were translated into German in 2010 were written by English-language authors. French was a distant second with 11.5 percent.”

And the article also mentions that Germans are very proud of having creating the book publishing industry itself:

“Of course, the German public’s love affair with book fairs and books from other countries began long before it developed a taste for American popular culture. It can be traced all the way back to 1440, when Johannes Gutenberg invented the movable-type printing press in Mainz, located a short distance from Frankfurt.”

Thank you, Candidia, for sharing your knowledge of the European book market with us! Join us next week as we continue our discussion on sales and promotions of books in Europe.