Interview with Another Leprechaun 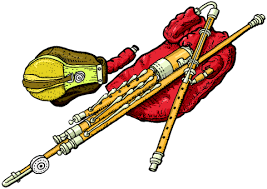 Today we’re talking with Seamus O’Reilly, general manager of Fergus Gas, fuel distributors throughout the Midwest. You were a key witness to the events outlined in Feeling Lucky, were you not?

We all heard them! Fergus gave Megan a hard time, but she stood her own. She ended up being exactly what Fergus needed.

Interesting that you say what Fergus needed. Weren’t you, in fact, behind Fergus losing his fortune in the 1st place?

Well, unfortunately, it was necessary. We’d run into some problems that required radical change. Thankfully, Megan ended up being the catalyst we all needed.

I understand you came very close to losing the company altogether.

Ach, that horrible woman! Not Megan, her aunt. That’s the problem with winning a lottery. Everybody comes crawling for a handout when you have a wee bit of luck.

What are your recommendations for anyone who wins a lottery?

Did you know that most people who win a lottery buy a car? I’m not sure if that’s just Americans or because your country is so big. But a nice, safe model that’ll last you a few years would be good.

I heard a rumor that you knew Yeats, the poet instrumental in promoting Irish literature at the turn of the last century. Do you think Yeats did the right thing in making the world aware of leprechauns?

Well, it wasn’t just Yeats. There were many involved in the Irish Revival. And the idea was really more to promote Irish nationalism than leprechauns.

Were you part of the movement? You’re a noted musician on a distinctly Irish instrument, the Uilleann pipes.

Music didn’t really rally until much later. The 1935 Public Dance Halls Act effectively ended folk music in any public space mostly because people were afraid of inviting trouble. Not everyone has the stomach for a fight and nationalism, not just in Ireland, but the world over, became a fight.

So the leprechauns didn’t participate in the fight for Irish independence?

Oh, we fight love. For what we want, what matters, we fight. Just ask Fergus!